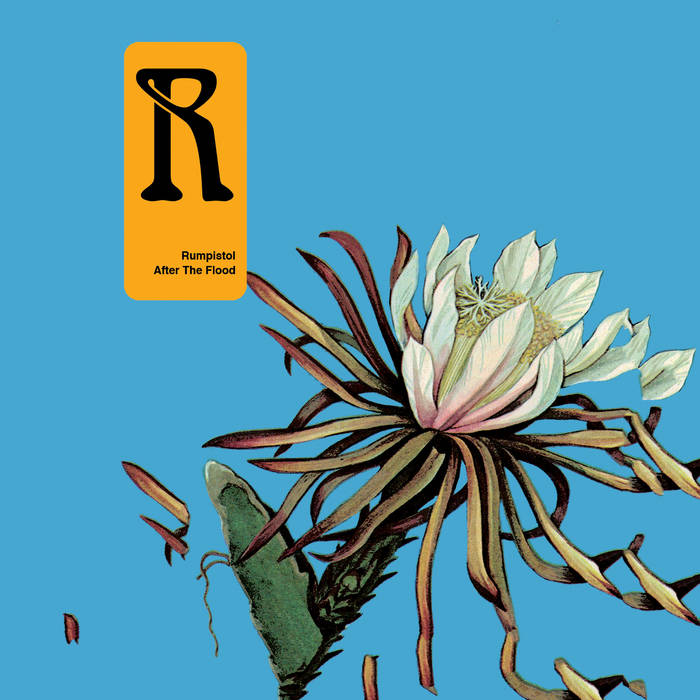 Urban Truly a timeless and ethereal collection of songs. Favorite track: The Fog Is Lifting.

DJ Nanda Beautiful album, a delicate composed piece of art. Emocional and compelling... an intimate story telling. Thank you Jens for your music.

“After the Flood”, the sixth album by Danish musician and composer Jens B. Christiansen under his Rumpistol moniker, is something of a departure from his previous efforts in a lot of ways. After having suffered from a severe stress-related burn-out the artist had to completely alter the way he works.

Looking at computer screens gave Jens B. Christensen, whose 16-year career primarily has been within the field of electronic music, headaches and made him nauseated, and so he was forced to work in a completely new, quite minimalistic manner. These 12 new compositions all stem from composing on the piano. Therapeutically, as well as artistically, this turned out to be rewarding, which is evident when listening to “After the Flood”, which has an uplifting, ethereal quality to it, yet remains tangible, almost tactile, in its use of organic, non-electronic instruments and textures. As refreshingly new this musical direction is for a Rumpistol album it’s also somewhat familiar sounding to fans of the artist. The melodies seem to ebb and flow, undulating around each other, in that particular Rumpistol way that point forward (and perhaps even upwards, celestially), yet evokes memories of past works, like the strings on “Beito” from the album “Dynamo”.

The musical core, much like the works of likeminded composers like Nils Frahm and Max Richter, of “After the Flood” is the piano, but Jens B. Christiansen also composed parts for other musicians to join in on these post-catastrophe neoclassical works. This ensemble consists of Line Felding (cello), Maria Jagd (violin/viola), Kristian Hoffmann (lap steel guitar), Mike Sheridan (cristal baschet), Povl Kristian (saw), and Anna Juuliska Nykvist (flute). Jens B. Christiansen also incorporated field recordings of his every-day life using analogue recording media such as reel-to-reel tape, VHS and cassette tape as well as ASMR triggers such as gentle whispering. This doesn’t mean that “After the Flood” merely is music to casually relax to. Although the album sounds very pleasing to the ear, it’s an engaging and thought-provoking listening experience.
__

The works of Jens B. Christiansen are driven by his quest for beauty and curiously creating new sounds. Since his eponymous debut album from 2003 Rumpistol has released five albums and eight EP’s and played live shows throughout most of the world. He has collaborated with Bill Laswell, Ane Trolle and MØ, and he also composes music for film, video games, and theatre and dance performances. In 2004 BBC radio legend John Peel played Rumpistol’s music on his show for the first time, and in 2016 Rumpistol’s music was used during the enormous opening ceremony for the Paralympics in Rio de Janeiro. Rumpistol has played live at the Roskilde Festival and at Mutek in Canada, and during recent years he has toured the US extensively. Jens B. Christiansen, along with his band Kalaha, won a DMA Jazz award in 2017 and the Carl Prize in 2019.

"God damn did it hit me like a ton of bricks! Every track conveys this sense of aching sadness and loneliness that takes me into som kind of post-apocalyptic world. Like an abandoned city that's been reclaimed by nature and I just have no freaking words for it. It is astonishing just how much emotional power this project had for me. Just completely swept me off my feet … Excellent Stuff!"
- The Wonky Angle (US)

"Each listen evokes new respect and appreciation"
– DJ Maggie (US)

Record label and artist collective based in Copenhagen.

Bandcamp Daily  your guide to the world of Bandcamp